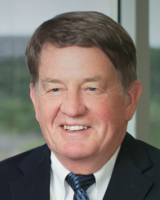 John E. Gangstad practices in the areas of general corporate, entity formation and acquisitions, securities, and oil and gas law. He assists clients in private placements of securities and other corporate documentation.

John has represented both borrowers and commercial lenders in financing the acquisition of financial institutions. He has represented sellers and purchasers of financial institutions. Areas of responsibility also include advising corporate directors of their fiduciary and other responsibilities, including representation of the boards of directors of the Farm Credit Banks of Texas in discharge of their fiduciary duties in responding to a cash call.

Formed over 37 years ago by two division chiefs from the Office of the Texas Attorney General who developed a strong practice devoted to state and local government law, the firm has continued to grow by adding senior-level lawyers with practices in litigation, banking, corporate law, water law, and real estate. We are proud that many members of the firm are former elected, appointed, and employed members of local and state government, where they developed knowledge and contacts that assist both private business and public clients.

With offices in Austin, El Paso, and Houston, and clients based in virtually every county in Texas, we are able to provide big firm legal services without many of the conflicts and costs inherent in a larger firm.

In addition to providing the highest caliber of legal representation, we have demonstrated an unmatched commitment to diversity and involvement in our communities. Our leadership and impressive results extend our influence and contribute to our successes on behalf of our clients.