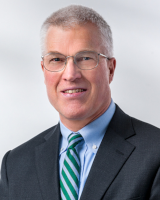 Since our firm’s founder, Robert W. Upton, began practicing law in 1908, Upton and Hatfield has been a dedicated member of the New Hampshire communities we serve, providing legal services to the people, businesses and municipalities of the Granite State.

Our reputation is the product of our attorneys’ hard work, community service, knowledge of the law, and focus on solving our clients’ problems. To that end, our mission is the same as it was a century ago—to offer the best representation possible for our clients.

Upton & Hatfield, LLP grew out of the law practice founded by Robert W. Upton (1884–1972), whose office opened in Concord in 1908. In his early years, Upton practiced in association with a number of lawyers. By the 1930’s, his reputation for rigorous preparation of cases had established Upton as one of the State’s outstanding trial lawyers excelling in the fields of torts, contract law, and constitutional law.

In 1952, Robert Upton formed a firm with his sons Richard and Frederic and colleague John H. Sanders, (1908–1987), known as Upton, Sanders and Upton. Until his death in 1972, Robert Upton remained active in his legal practice and in other political and community affairs. A highlight of Upton’s public service career was his appointment by the Governor to fill a vacancy in the office of the United States Senate in 1953 and 1954.

The name of the firm was changed to Upton, Sanders & Smith and in 1970, the firm moved to its present location, a Federal-style building dating from the early 1800s with an attached carriage house built around 1860.

In 2001, Upton, Sanders & Smith merged with Hatfield, Moran & Barry, P.A. in Hillsborough and the firm assumed the name of Upton & Hatfield, LLP. In December of 2005, the firm opened an office in Portsmouth.

As Upton & Hatfield has grown, its leadership position in the litigation and commercial fields has stayed firmly in place. Members of the firm remain committed to the same rigorous standards and dedication that distinguished its founder—to meet the legal needs of the firm’s clients with innovative, timely, and responsible counsel.