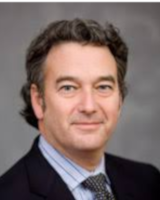 Gerald Haberkorn is the Chairman of the Firm, responsible for the firm’s corporate practice. Early in his career, he tried cases throughout the United States, including significant D&O litigation matters such as breach of fiduciary duty, fraud and violations of state corporation and limited liability company laws. Over the past 20 years, however, Mr. Haberkorn has primarily handled general corporate work, including corporate formation, corporate maintenance and contract negotiations. He also regularly assists clients in the sale and acquisition of regulated businesses and product lines.

Mr. Haberkorn is an AV rated attorney and since 2007, he has consistently been recognized by his peers as one of the Illinois Bar’s “Leading lawyers” in two areas of practice, including Commercial Litigation, and has been selected as one of Illinois’ Super Lawyers. As recently as 2013, he was selected as one of the “Top Rated Lawyers” by Corporate Counsel and The American Lawyer. In addition to his active practice, he was appointed by the Illinois Supreme Court to sit on its Judicial Performance Evaluation Committee. Mr. Haberkorn was selected as a finalist in Fast Company Magazine’s “Fast 50”, as one of the U.S.’ “high impact legal leaders.” The recognition is based on his unique dedication to counseling and representing commercial clients in both transactions and dispute resolution.

In addition, Mr. Haberkorn has served on the Boards of Directors of five U.S. subsidies of Ontario-based Energy Savings Income Fund, an open-ended limited purpose trust to hold securities and to distribute the income of its wholly owned subsidiaries and affiliates. He has also served on the Chicagoland Chamber of Commerce Board of Directors and the Chamber’s Middle Market Forum Advisory Subcommittee. Mr. Haberkorn was selected as a Federal Trial Bar Instructor for the United States District Court for the Northern District of Illinois and appointed to its prestigious Local Rules Committee.

Lowis & Gellen (the “Firm”) is a 72-attorney firm headquartered in Chicago with two offices in Florida, Tempe, Arizona and London, England. The firm has an international client base including banks, insurance companies and businesses in a range of industries and sizes. It’s a practice that involves cross-border transactional work in the area of complex commercial transactions such as structured finance, mergers, acquisitions and divestitures. Ancillary to that practice, the firm also has developed a strong restructure, workout and commercial litigation team.