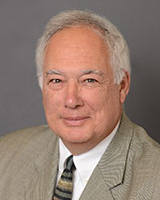 Rick served as Law Clerk to the Honorable Martin J. Kole, Superior Court of New Jersey, Chancery Division, General Equity, in Passaic County, New Jersey. He has been a member of the firm since 1973 and prior to that was associated with the predecessor firm of Meyner and Wiley of Newark, Morristown and Phillipsburg, New Jersey.

He practices in the areas of trusts and estates, corporate and business law, commercial real estate transactions, governmental approvals, and education law. Since its inception, Rick has been named a Super Lawyer by Super Lawyers magazine1 in the area of business law.

Rick and his wife Joan reside in Morristown.

Wiley Malehorn Sirota & Raynes is a full-service New Jersey law firm providing a broad range of legal services to corporate, financial, and governmental institutions, as well as to individuals.

Wiley Malehorn Sirota & Raynes was founded in 1973 in Morristown, where our office remains today, with a focus on providing the best legal representation to our clients in a professional, efficient, and personal manner.

We are proud to announce that in addition to being named for the sixth consecutive year as a “Super Lawyer”1 by Super Lawyers magazine, Arthur L. Raynes was selected as one of the top 100 lawyers in the State of New Jersey!

Wiley Malehorn Sirota & Raynes was started by Stephen B. Wiley and Donald M. Malehorn. Steve and Don were childhood friends who grew up together in Morristown. Both went to Princeton University and then Columbia University Law School.

Steve Wiley (1929 to 2015) was one of New Jersey’s most accomplished and celebrated attorneys, statesmen and community leaders. He was counsel to the Governor, a State Senator, Chair of the University of Medicine and Dentistry, Chair of the State Legal Ethics Commission and Chair of the State’s Board of Higher Education. Steve founded a bank and a cable television company, and was instrumental in the success of the Mayo Performing Arts Center, the Joint Free Library of Morristown and the Morristown Green. As an attorney, he was largely responsible for the merger of the Morristown and Morris Township school districts, a key reason why the community continues to thrive. In his later years, Steve became a successful published poet.

Wiley Malehorn Sirota & Raynes offers the sophistication and breadth of experience associated with large national law firms, with the personalized care and attention of a smaller firm. You can see a recent feature on the firm in Forbes Magazine by clicking here.

Wiley Malehorn Sirota & Raynes has been a trusted member of the Morris County community for the last four decades and plays an integral part in a number of local non-profit and charitable organizations.