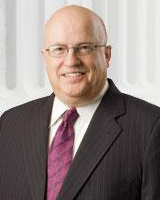 Administrative law may seem remote and mundane – but not to those clients who fall under its ever-expanding and often complex regulatory reach. Don Bach understands this full well. From rulemaking to agency contracts, to permitting decisions and challenges, to enforcement actions to executive clemency, Don has been in the middle of it all during his career as a lawyer.

From 1997 to 1999, Don served as Chairman of the State Bar’s Bench-Bar Committee, a committee of lawyers and judges tasked with evaluating and making recommendations for changes in Wisconsin’s system of justice. He also served as Chairman of its Survey Committee. In May 1998 he was named by the Governor’s Advisory Council on Judiciary Selection as “one of the three best qualified candidates” for appointment to the Supreme Court of Wisconsin. In 2004, Don was appointed by the Wisconsin Supreme Court to the Wisconsin Judicial commission, the entity which investigates judicial misconduct and disability. He served as its Chair in 2007.

There is a direct connection between creativity and the law. At DeWitt, we utilize our creativity to offer proactive and effective legal solutions to our clients. The success of our clients is our ultimate goal. Large corporations, family-owned businesses, employers, associations, individuals, municipalities and others turn to our lawyers because we have a proven track record of legal accomplishments. Our attorneys are:

With experience in more than 30 areas of the law, our team of ​nearly 140 attorneys embodies the important qualities one should consider when hiring a law firm. DeWitt has earned national recognition by the U.S. News Media Group and Best Lawyers®, where it was ranked as a First Tier Law Firm, the highest ranking, in nearly 20 areas of law. Our firm was also named “Best Law Firm” in Wisconsin by the readers of Corporate Report magazine. In addition, many of our lawyers in Wisconsin and Minneapolis are recipients of distinguished honors in their professions. We believe these recognitions reflect our commitment to providing top-notch legal advice to our clients.

We strive to deliver successful, cost-effective legal advice. Whether the client is a family-owned business or a major corporation we understand that budgets, bottom lines and successful outcomes matter. Our attorneys are very conscientious of the fact that our clients need to effectively manage legal expenses.

Our hourly rates are extremely competitive when measured against other leading law firms in the Midwest. We understand that for some matters, a flat rate or alternative billing arrangement may be more appropriate than the standard approach. Accordingly, we regularly work with our clients to develop billing arrangements that make the most sense.